MADELEINE ALBRIGHT, THE FIRST FEMALE SECRETARY OF STATE IN U.S. HISTORY, HAS DIED 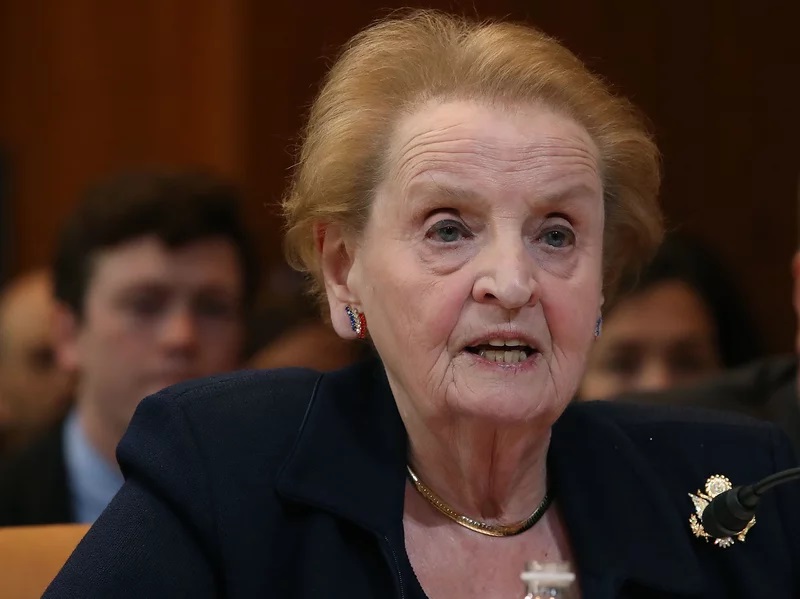 Former Secretary of State Madeleine Albright testifies during a Senate Appropriations Committee hearing on Capitol Hill in 2017 in Washington, D.C.

Madeleine Albright, the first female U.S. secretary of state, has died, according to a statement from her family.

Albright was 84, and the cause of death was cancer, her family said.

« She was surrounded by family and friends. We have lost a loving mother, grandmother, sister, aunt, and friend, » the statement said.

Albright was born in what was then Czechoslovakia and fled with her family after the Nazis occupied the country in 1939.

She served as secretary of state from 1997 to 2001 during the Clinton administration.

She spoke with NPR last June ahead of a meeting in Geneva between Russian and U.S. leaders. Albright recalled the first time she met Russian President Vladimir Putin, in 1999. He was « trying very hard to ingratiate himself with President Clinton, » she said.

« Well, my first impression was that he was kind of trying to figure out who he was. But my impression in the second two meetings were that he very much liked the background of being in the Kremlin with all its history, that he was smart, that he was prepared and that he had a view about how things were going to go, » Albright told NPR.